You are here: Home / Politics / National / Why There Is No Change Of WB, Rajasthan Governor? 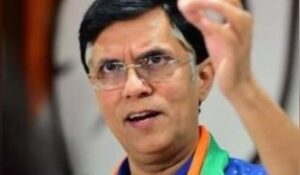 The Congress spokesperson Pawan Khera questioned the Centre as to why West Bengal Governor Jagdeep Dhankhar, Rajasthan Governor Kalraj Mishra and Lakshadweep Administrator Praful Khoda Patel has not been changed.