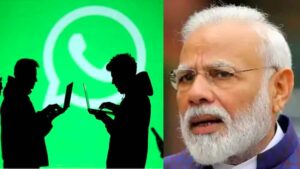 The world’s most used messenger platform ‘Whatsapp’ has decided to sue the Indian government over the new set of rules implied on the social media platform under the new IT act. To this extent, this Facebook-owned messaging service has filed a lawsuit in Delhi High Court against the government’s new IT rules which took effect yesterday, and all social media platforms are forced to comply with them.

While filing its petition on Tuesday, WhatsApp said the new policy adopted by the Indian Ministry of Information and Technology would fundamentally undermine people’s ‘right to privacy.’ Following these rules will make it to trace the origin of the messages sent to the service which is strictly against the right to service and even disrupt the user’s confidentiality.

It is known that the ‘Ban of Twitter and Facebook’ news spread like a wildfire a day ago as the social media giants failed to comply with the new rules set by the Indian ministry. In this regard, WhatsApp said, “We have no choice but to sue the Modi government”.

A while back there are many doubts about Whatsapp’s privacy policy implemented for its users but now this popular messenger service is posing Modi as a culprit and we have to wait for the court’s verdict on this issue.