You are here: Home / Politics / National / Fury parliament made Twitter agree with the government? 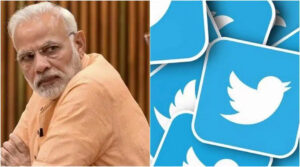 “We follow our own policies,” said one Twitter representative as an answer to the question of non-compliance from the parliamentary members. Members of the parliamentary-level committee were not satisfied, however, with Twitter members saying their policies were also in line with the country’s laws. Members of all parties expressed dissatisfaction over the answers given by the Twitter members.

Relevant sources said that they did not take the committee’s suggestions positively. It is learned that the Parliamentary Committee has brought to their notice the fact that the Center has warned that you will not have legal protection if you act like yourself. The committee issued a summons last week, expressing dissatisfaction with the way Twitter was still operating.

However, a Twitter spokesperson released a statement summarising the meet. They made it clear that they would work with a parliamentary committee in line with their principles of transparency and freedom of expression. He said the government’s ultimate goal was to provide a platform for people to express their views as well as privacy.

Twitter has largely ignored the main requirement that its compliance officers must be employed in India. It is learned that although they claimed to have hired them, their details were not disclosed properly. So, the news is that the representatives of Twitter have agreed to disclose all the details of the compliance officers to overlook certain obligations from the center.

Finally, Twitter has to come down as the government of India is very particular about obscenity and the misuse of social media platforms.