You are here: Home / Politics / National / Twitter vs Center – The Battle begins 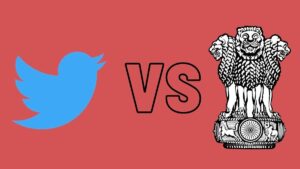 Finally, Twitter was incensed at the central government’s attitude. After the news circulated that Twitter and Facebook will be banned as they failed to comply with the new rules of the Indian IT ministry, Twitter was the first to respond to the new digital regulations issued by the Government of India.

The popular social media platform accused the government of targeting them in the ‘Congress Toolkit’ affair and making threatening moves with the support of the police. It expressed concern that a threat was being posed to the ‘freedom of expression’. “We would only abide the law,” said Twitter firmly, further outraging the government.

“We want to change the rules to accommodate free open confirmation. We hope the government will take appropriate action,” Twitter said. A company spokesperson reacted angrily to the appointment of officers to oversee Twitter activities in India, to state their addresses and to have a mechanism for deleting offensive content.

However, the Indian government replied to the statements issue by Twitter accusing that the government is exploiting the ‘freedom of its citizens’. The Ministry of Electronics and Information Technology responded critically saying, “Government of India respects the right to people to ask questions and also criticize on these social media platforms including Twitter. However, the only instance of scuttling free speech on Twitter is Twitter itself and it’s opaque policies”

“Twitter needs to stop beating around the bush and comply with the laws of the land. Twitter is just a social media platform and it has no locus in dictating what should India’s legal policy framework should be,” commented Indian Ministry of Electronics and IT.

The government has also assured that “representatives of social media companies including Twitter are and will remain safe in India and there is no threat to their personal safety and security.” “Government condemns the unfortunate statement issued by Twitter as totally baseless, false and an attempt to defame India to hide their own follies,” it added.