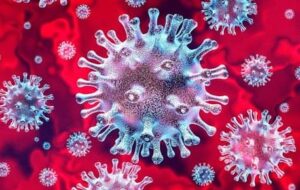 Till now, we have seen two waves of COVID-19. Most of the people have died due to the dangerous coronavirus disease. People are facing a lot of problem across the globe due to coronavirus pandemic. Now, the scientists are predicting that the third wave of COVID-19 is likely to hit some countries soon.

A geneticist of Banaras Hindu University’s Zoology department, Professor Gyaneshwer Chaubey speaking to a news agency said that, “As the levels of antibodies drop every three months, the chances of the third wave are likely. In this sense, if the level of antibodies falls in the next three months, then a third wave can come. But the ongoing vaccination campaign will help in the fight against the virus. If our immunity is more than 70 percent, the effect of Covid-19 in that group will be less, and gradually, its frequency will start decreasing. This is what we have to see.”

He further added that, “From time to time, corona will peak, but it will eventually decrease. Once the levels of antibodies decrease, the chances of catching Covid-19 will increase. Even so, for those in the protected group, the death rate is very low.”

He said that, “Even if our entire population gets infected with corona and we keep the mortality rate below 0.1 or even 1 percent, then we will win this war.”

Speaking about children getting vaccinated, he said that Zydus Cadila vaccine is likely to come into the market in the next three to four months.

Related Topics:CoronavirusCOVID-19Zydus Cadila
Up Next

Prime Minister Narendra Modi in his Independence Day speech had stressed that the National Master Plan, Gati Shakti would help realize the dreams of crores of Indians. The Gati Shakti programme marks a model shift in decision making to break the silos of departmentalism. The PM viewed in the proposed plan, all the existing and proposed economic zones will be mapped along with the multi-modal connectivity infrastructure in a single platform. Individual projects of different departments will be examined and sanctioned in future within the parameters of the overall plan, leading to synchronisation of efforts.

Gati Shakti will bring synergy to create a world class, seamless multi-modal transport network in India. The National Master Plan will employ modern technology and the latest IT tools for coordinated planning of infrastructure. A GIS-based Enterprise Resource Planning system with 200+ layers for evidence-based decision-making is one example. The use of satellite imagery for monitoring is another. Digitisation will play a big role in ensuring timely clearances and flagging potential issues, and in project monitoring as well.

An efficient logistics network is one necessary condition. Another one is achieving economies of scale in manufacturing. Industrial parks and logistics parks need to grow in size to be globally competitive. The National Industrial Corridor Development Corporation (NICDC), formerly DMIDC will work in close coordination with state governments to develop these industrial corridors. State governments must take the lead in identifying parcels of land for industrialisation in consonance with the national plan to reap the maximum benefits of jobs and growth.

Gati Shakti is basically Rs 100 lakh-crore plan that envisages a centralized portal comprising all existing and planned infrastructure initiatives of as many as 16 central ministries and departments for integrated planning and coordinated implementation of infra connectivity projects. The Union Cabinet while approving the plan said, “The PM Gati Shakti NMP is intended to break departmental silos and bring in more holistic and integrated planning and execution of projects with a view to addressing the issues of multi-modal connectivity and last-mile connectivity.”

It has been a golden letter day, on October 21, India achieved 100 crore vaccinations and emphasised its commitment to fight against Covid-19. Celebrating the occasion, which is second largest vaccination drive in the world, Prime Minister Narendra Modi addressed the nation today and proudly said that the Union government under his leadership have followed the principle of sabka saath, sabka vikas in delivering vaccination to people. Modi was vociferous about the achievement, while thanking all the stakeholders in touching this milestone, he said that their government was able to do away with VIP culture in vaccination and was distributed evenly to all sections. “This was the reason that we were able to vaccinate people from all sections and were committed to continue this method so that the impact of Covid is further lessened in our country,” the PM told in his televised address.

The PM appreciated the people of India, who after showing vaccine hesitancy initially, have accepted vaccination and understood to its importance in the country’s fight against the pandemic. “Despite many advanced countries still facing vaccine hesitancy, But the 100 crore vaccine dose achievement in India shows how we have defeated the vaccine hesitancy. With the trust in science and innovations, India has managed to achieve this major feat,” Modi pointed out.

Despite having touched new milestone in vaccination, Modi wanted to be cautious during this festival season of Diwali and said the basics of wearing mask, sanitising hands and maintaining physical distance was the key to keep Covid away. He urged those who are yet to take the vaccine to get their jabs at the earliest.

The PM went on to mention that the economy was improving in the country and India was witnessing investments flowing in from different places in various sectors. He said Covid had taught an all important lesson of being Vocal for Local and called upon the people to encourage Made in India products.

Modi ended his 10 th address to nation since the advent of Covid on confident note and promised that government will stay in support of its people.

Looks like the Hindutva beholders and custodians have now found yet another easy prey! Going by the present trend, this Diwali is not going to be very colourful for the advertisement industry, especially the advertising agencies which are creatively trying to churn out ads that have different messages to sell their client’s products. After Tanishq, it was fab India and now it is Ceat tyres, all these brands’ advertisements have come to a “dangerous scrutiny of Hindutva brigade”! Advertising industry in India is bigger than what we all assume to be. With crores of money being spent on this segment, it is easy target for miscreants to throw a stone and watch the fun. This is what seems to be happening in the country presently. If the advertisement is against the sentiment of a particular community, the simple way is directly contact the company and ask them to withdraw the advertisement from the market.

Unfortunately, this is not happening. The right wing activities are getting on to social media to destroy the company completely and even run campaigns to boycott the company completely. There are certain posts which called upon people to economically destroy the company! “This is not a way to help country progress. It is mere smear campaign by few miscreants. But unfortunately world in the phone and social media platforms, hence their call is very effective and damages the reputation of the company,” said senior executive from an ad agency in Hyderabad.

The recent example was the Diwali advertisement campaign that Fabindia had released. Fabindia is known for its traditional and desi varieties of fabric and dress supplier. Unfortunately, the company “thought innovatively and wanted to make it an inclusive campaign and names its latest collection of dresses as Jashn – e- Riwaaz.” This invited wrath from people in such a manner that boycott Fabindia became viral within no time and the company was forced to withdraw the ads as well clarify that the collection were not meant for Diwali. Even then the Hindutva brigade was unhappy!

Latest to catch the wrath of “right wing custodians of culture” is an advertisement of Ceat tyres featuring Aamir Khan. In the advertisement, Aamir is seen asking people not fire crackers on the roads. Karnataka Bharatiya Janata Party (BJP) leader immediately in attack of the ad and has called for immediate ban of this advertisement.

Going by the happenings, it will be difficult for creative minds to come up with innovative campaigns, one might not be surprised if the government might consider to have committee that will look into cultural, religions and communal aspects of advertisements before they are released into public. Though times ahead for the advertisement and entertainment industry in days to come!