You are here: Home / Entertainment / ‘There Is Pain But There Is Also Hope’: Love Story 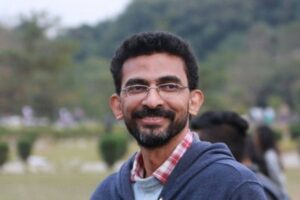 Sekhar Kammula, the director of the movie, Love Story in an interview said that the movie Love Story is liking some body, valuing some one’s decision and accepting a person as it is and respecting his/her freedom. He said that he can’t give an exact definition for the Love. He also said that pain is an integral part of love and love stories are not possible with only happiness. Sekhar said that pain and love go hand in hand as two persons are involved in it. He said that he has made films one on one issues and said that this time, Love Story is going to be completely different. He said that if some thing goes beyond audiences’ expectations then the film will either become a blockbuster or become a dud.

Sekhar also said that Sai Pallavi is like a magic and she acted with much ease. He said that he does film according to his wish. He said that financially all his films were profitable and Godavari didn’t do much so he hasn’t taken his remuneration. He said that he has his story and hero should live in it. He said that Dhanush is one person who would suit for any character and represents a common Indian man.