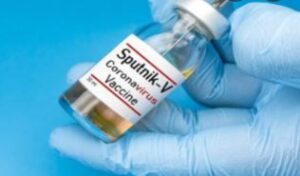 Russian made Sputnik V vaccine gives protection against all known variants of COVID-19. Alexander Gintsburg, the head of The Gamaleya Research Institute of Epidemiology and Microbiology, the facility where Sputnik V was developed said the above statement. After Covishield and Covaxin, Sputnik V is the third vaccine that has got approval in India. Two doses have to be administered and the cost of one single dose in select private hospital is Rs. 1,145.

In a statement on Tuesday, Alexander Gintsburg said, “Antibodies developed after vaccination with #SputnikV protect from all variants of COVID known today, starting from the UK variant to the so-called Delta variant, first detected in India.” Here is the tweet.

"Antibodies developed after vaccination with #SputnikV protect from all variants of COVID known today, starting from the UK variant to the so-called Delta variant, first detected in India" – Head of the Gamaleya Center academician Alexander Gintsburg. pic.twitter.com/upaornSbEG

The UK strain (B.1.1.7), known as the Alpha variant by the World Health Organization (WHO), was first found in Kent in September of last year. The strain which has 23 unknown mutations so far has emerged as the dominant variety in both the United Kingdom and the United States.

The Delta (B.1.617.2) variant was discovered in India for the first time in October,2020. It is one of the drivers of the second wave of Covid-19 infections that created a lot of problem in India. It was identified in India in May and has been identified as the highly transmissible strain. The Delta variant has further mutated to form the Delta Plus variant.

The Russian Direct Investment Fund (RDIF) cited a study on June 15 to say that Sputnik V is more efficient against the Delta variant of coronavirus than any other vaccine that has published results on the strain so far. The Gamaleya Center study has been “submitted for publication in an international peer-reviewed journal”, said a tweet from the Russian-made vaccine’s official Twitter handle.