You are here: Home / Trending / Smartphone Screen May Tell If You Have COVID-19 Or Not 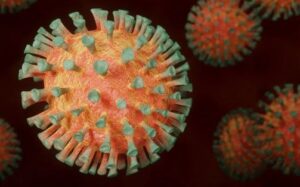 Using the PoST method, researchers from University College London (UCL) analysed samples obtained from people’s mobile screens. People who have tested positive for Covid-19 on a normal nasal swab RT-PCR test were also positive when samples were collected from their smartphone screens, according to the researchers.

According to a study published in the journal eLife, ongoing surveillance would be required to keep SARS-CoV-2 from spreading, especially the emergence of new variants that could break the effects of vaccination efforts. PoST, according to the researchers, could aid to contain Covid-19 outbreaks and the discovery of potentially dangerous variants in the future.

PoST is a non-invasive environmental test rather than a clinical test, according to the researchers, and it is less expensive than typical RT-PCR. It included taking swabs from the mobile phone’s screens. After collecting the samples, they are immersed in a saline water solution.

Diagnosis Biotech, a Chilean firm started by Young, is now working on a machine. Diagnosis Biotech will build on this research by taking a phone for PoST sampling and sending the results directly to the user via SMS.