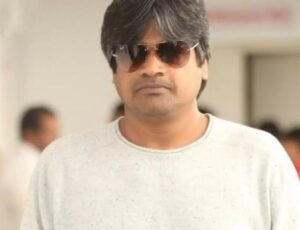 Tollywood director, Harish Shankar took to his Twitter and tweeted that his brother Sai Dharam Tej is feeding many people by staying on a bed in the hospital. He said that some of the media channels are airing fake news for high TRPs.

To this post, an Input Editor of top Telugu news channel replied that it has become a fashion for everyone to point out at media people. He said that the directors are also earning crores of money by showing violence. He also said that due to overspeed, not only those who are driving keeping their lives at risk but also others.

Immediately Harish Shankar tweeted that he pointed out at the fake news then why did he give reply. He questioned that whether he is reporting fake news about Sai Dharam Tej’s accident? Harish Shankar said that he is not finding faults at anyone but he is sad about those who are reporting wrong news. He further added that before the movie starts they will give a disclaimer that reads all the characters in the film are fictional. Harish Shankar said that the news channels can also air such statements for the purpose of clarity.