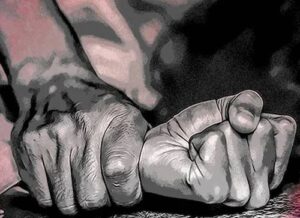 In a very tragic incident, a 32-year-old woman who was raped in the Saki Naka area of Mumbai has died. She breathed her last on Saturday while she was undergoing treatment in the Rajawadi Hospital in Ghatkopar. The crime took place in the early hours of Friday at Khairani Road in the Saki Naka area of Mumbai. It is said that the accused raped the woman first and later inserted an iron rod in her private parts. She was put in a tempo and the accused escaped. A passerby found the woman in an unconscious state and pool of blood and he informed the police. The police immediately rushed to the spot and she was taken to a hospital in a tempo. They didn’t wait for the ambulance as the condition of the woman was critical. The police got hold of the CCTV footage of the incident and based on that police arrested the 45-year-old accused under Section 376 (Punishment for rape) and 307 (Attempt to murder) of the Indian Penal Code (IPC).

Maharashtra cabinet minister Nawab Malik said, “We will make sure that the charge-sheet is filed within a given frame of time and the case is fast-tracked to bring the accused to justice.”

It is said that more than one person might have been involved in the crime and the special investigation team has been formed under Assistant Commissioner of Police Jyotsna Rasam to investigate the case, which will be tried in a fast-track court.