Story:
Dharma (Balakrishna) a tough cop at a village in the state of UP lock horns with the villain’s gang who are harassing the framers in the area. Later, the fight between Dharma and the villain’s gang goes personal and they try to kill Dharma. This is the time when Dharma escapes the major accident and loses his memory. Later, Jayasudha adopts him, erases his past and reinvents as an IT company head. But due to some unavoidable situations, the corporate head goes to the same village and faces the villain’s gang again. What will he do to save the villagers from the deadly villain’s gang? is the main crux of the story.

Styling for the cop role

Technical Aspects :
Camerawork by Ram Prasad is superb and is one of the major highlights of the film. Balayya has been showcased well in the film and so were the rustic locations of Uttar Pradesh. Music by Chirantan Bhatt is just below par and some good music would have made matters better. Editing is below par as many cinematic scenes could have been chopped off right away. Production values by C Kalyan are top-notch.

Balayya has been designed quite well in his posh look whereas his wig and his designing for the cop look was worse. Coming to the director Ravi Kumar, he has done a very ordinary job in the film. For some reason, his emotions do not work well on the screen and bring the interest down for the audience making the second half dull and boring.

Verdict :
Ruler is that kind of film which is targeted only at fans and B, C center audience. Watch it only for Balayya and nothing else. 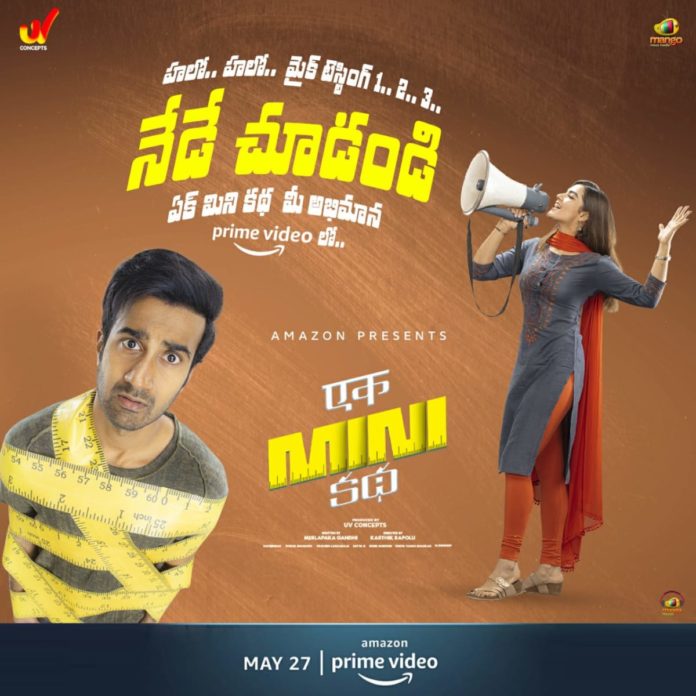 A lot of films skipped the theatrical release for a direct OTT release last year, due to the pandemic. Now, a similar situation has come out in Tollywood where the theatrical releases are canceled and the films are heading OTT way. New Telugu film Ek Mini Katha is one of them. The film starring Santhosh Shobhan and Kavya Thapar is currently streaming on Amazon Prime Video. A branch of UV Creations, UV Concepts produced the film. Karthik Rapolu made his debut as a director while director Merlapaka Gandhi penned the story and dialogues for this movie.

Coming to the film’s story, the movie talks about Micro Penis Syndrome. Santhosh (Santhosh), a civil engineer struggles with a misconception about having a micro penis. When his marriage gets fixed with Amrutha (Kavya Thapar), he sets out on an adventure to deal with the issue he is facing. However, it lands him in many problems. What did he do then to come out of it? What did he realize in the end? forms the film’s story.

Coming to the performances, Santhosh Shobhan is certainly here to stay. He displayed an impressive performance, especially during the emotional scenes. His performances in the climax sequence also impress one and all. His scenes with the heroine also came out well. Considering his previous films, we can say that the actor has improved a lot in terms of performance. At the same time, Kavya Thapar is impressive too. She also portrayed different emotions very well in the film. The chemistry between the hero and heroine has come out well. Brahmaji is good in her role. Comedian Sudarshan also evoked few laughs. Shraddha Das did not have much to play in this film. Performances-wise, everyone has given their best for the movie.

The film unit spent a minimal budget to make the film and they ensured to come up with good quality. Quality-wise, the film looks okay and the makers did a fine job in coming up with the proper technical output. Cinematographer Gokul Bharathi and music director Praveen Lakkaraju also impressed everyone. Art director Ravinder also made his mark with the film. Satya’s editing is good too. Technically, the film is good but the runtime could have been chopped a little more.

Merlapaka Gandhi is a proven director with respect to comedy and he is back again with a good storyline. Merlapaka has come up with a sensitive subject as a storyline for his movie and has worked on creating engaging content. The second half of the film is much better when compared to the first half of the movie. The second half has got everything blended perfectly but the director dragged the story in between unnecessarily. The film lacks emotional drama and in the second half, things get wrapped up so quickly.

The film Ek Mini Katha has content that is only for restricted audiences. Everyone can not like this film because of the reservations that the story will have. It is good that the film released on an OTT platform, which is a plus point. The film has a sensible point but the way it was dealt with is only good in parts. On the whole, Ek Mini Katha is an okayish drama that needs some patience. 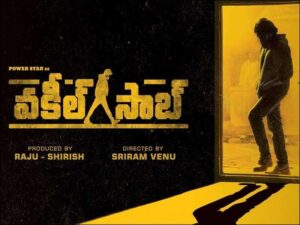 It has been years since Power Star Pawan Kalyan made his debut as an actor but he acted only in few films and Vakeel Saab is his 26th Movie. It is not an exaggeration to say that flop movie are more in his career but his stardom kept rising irrespective of those flops. Now he is making a comeback after three years and expectations are sky-rocketed. Finally, the movie is out this Friday, and let’s sees what worked and what didn’t.

Story: Anjali, Niveda Thomas and Ananya are three friends who got attacked by a drunken villainous gang and they try to rape one of them. Victims of this attack rush to the police station for filing a case. The police will stand by the accused and the victim girl remains in a helpless situation. Then Vakeel Saab comes to their rescue and the rest of the story is all about how Vakeel Saab did justice to these helpless girls.

Performance: Pawan Kalyan is at the pinnacle of his career as a lawyer. Power Star portrays the cosmopolitan as the lawyer who fights injustice. Anjali, Niveda Thomas, and Ananya looked amazing as the affected young women. Prakash Raj shined as the criminal lawyer. Shruti Hassan impressed as Pawan’s girlfriend.

Analysis: It is known that Vakeel Saab is the official remake of the Bollywood movie Pink. The film revolves around three young women and Amitabh Bachchan played the role of a lawyer and he will be seen only for 50 minutes. But with the remake and with the power star, changes were inevitable. The director Sriram Venu made changes without disturbing the soul. With this Pawan managed to emote strongly and elevated the heroism. Thereby doing justice to all sides. 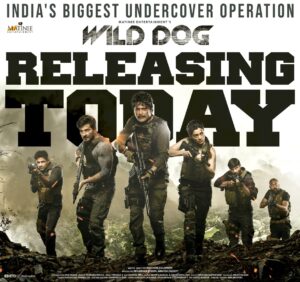 The makers of Wild Dog made a deal with Netflix for a straight release but like all good omens, this movie has a lot of things that worked in its favor for theatrical release. Gopi Chand Siti Maar was out from today’s race and Karthi’s Sulthan was a dubbed film and the Telugu audience will watch this Wild Dog as their first choice. This film is out this morning and let’s sees what worked and what didn’t.

The plot is about how did the NIA deal with the Hyderabad Gokul Chat bomb blast case? How ACP Vijay Varma who is an encounter specialist solved this case. Why did the ‘Raw’ agents cooperate with them? How both agencies did ended the story of the terrorists together? That is the story. Nagarjuna played the role of Vijay Varma in this film. Bollywood beauty Siamese Kher has appeared as his raw RAW agent.

This is a kind of movie limited to genre specific audience. Movies like this are the first choice for those who love action movies. However, director Ashutosh Salomon has blended this movie that is watchable for every kind of audience. Investigation scenes tie the audience to the seats. Although the first off seems a bit sloppy, Operation Wild Dog starts from the second off. As the story progresses some action episodes do not seem to fit the logic and they do not have a big impact. The NIA, which has identified the origins of the attack in India was hiding in Nepal and goes in search of them. The movie interval bang is also impressive. However, the movie didn’t have a single song which is a major setback. Meanwhile, Thaman once again proved his mettle as a good composer with his background music.

First half, few logic less scenes and No songs