As the release date is nearing, the makers of Pushpa are intensifying the promotions. Already, the team has released two songs of the film. Titled Dakko Dakko Meka and Srivalli, these two tracks have become chartbusters and topped the music lists of various platforms. Now, it has been announced that the third song from the film, Saami Saami, will be unveiled on October 28th at 11:07 AM.

The film’s production house Mythri Movie Makers had released a small promo of this song earlier today. “Here’s the MASS Promo of #SaamiSaami Song From #PushpaTheRise. Full Song out on 28th OCT 11:07 AM,” tweeted the banner’s official Twitter handle.

The promo proved the song to be a quirky romantic track which is sung by Mounika Yadav. The lyrics are penned in the typical Chittoor dialect and help the tune to become an instant ear-worm. Chandra Bose has written the lyrics of this track. Once again, it looks like music director Devi Sri Prasad has come up with another hit song for the film. 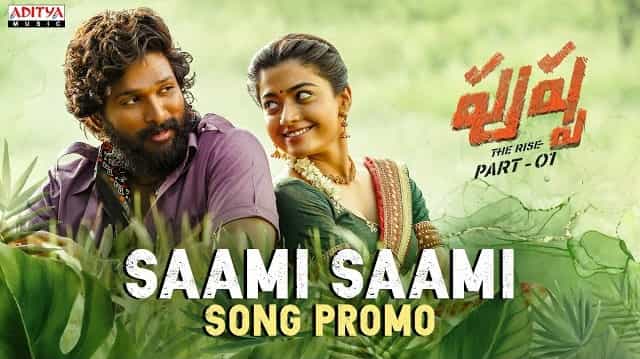 Directed by Sukumar, Pushpa features Allu Arjun and Rashmika Mandanna in the lead roles. The first part of the movie, ‘Pushpa: The Rise’ will be released in Telugu, Malayalam, Tamil, Hindi, and Kannada on December 17. It is being bankrolled jointly by Muttamsetty Media and Mythri Movie Makers.

The second part will hit the screens in summer next year.