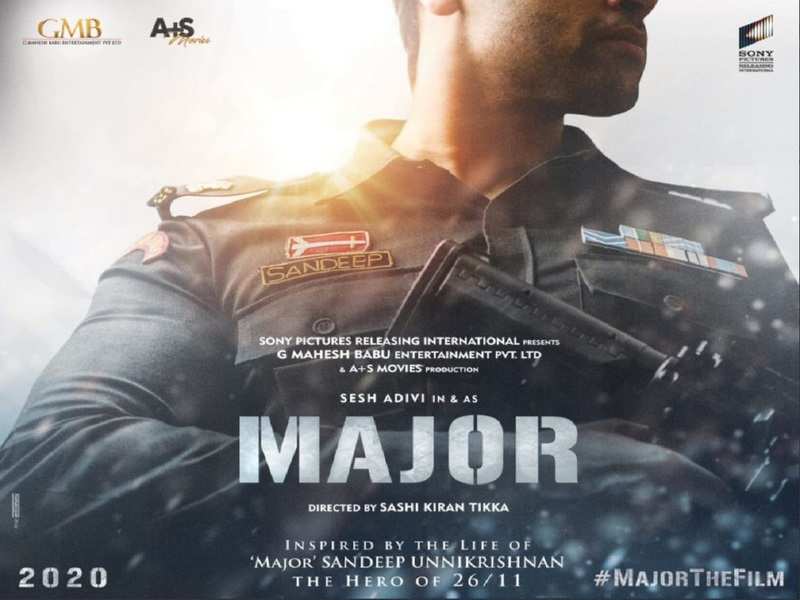 Many film releases were stalled when theatres were shut down for more than six months last year. Once they opened in December, the Telugu filmmakers have started announcing new release dates of their films. However, we are facing the second wave of the COVID-19 pandemic right now and theatres are shut down once again. Thus, the slated releases are being postponed indefinitely. Already, big films like Love Story, Virata Parvam, Acharya, and Narappa were postponed. Now, Adivi Sesh’s Major joins the list.

Major is a biographical drama based on the life of Major Sandeep Unnikrishnan who martyred during the 26/11 Mumbai attacks. The film completed most of its shoot and was originally slated for release on July 2nd. However, the pandemic postponed the plans. Thus, the makers had to hold the release.

In an official statement, the movie’s team wrote, “We are living in unprecedented times and we hope you are following all the safety protocols and staying safe. Our film Major, which was originally scheduled for a worldwide theatrical release on July 2nd, is now postponed to a later date.”

“We will announce the new release date once things are back to normal. Times are tough but so are we,” they further added. Directed by Sasikiran Thikka, Major features Saiee Manjrekar and Sobhita Dhulipalla in the other pivotal roles. Sricharan Pakala is composing the music of it.