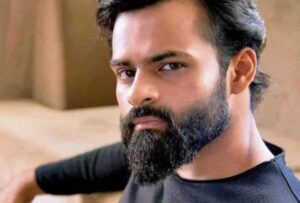 Tollywood actor Sai Dharam Tej met with an accident while he was riding his bike near the Durgam Cheruvu Cable bridge on Friday evening. He lost control of the vehicle and the bike skidded. He was immediately rushed to the Medicare hospital and was later shifted to Jubilee Hills Apollo Hospital for treatment.

In a statement issued on Saturday morning, hospital authorities said, “Sai Dharam Tej is stable and all major organs are functioning well. He will continue to be on assisted respiration in ICU for controlled close monitoring and additional investigation will be performed during the day.”

Sai Dharam Tej was taken to the hospital in an unconscious state and his family members visited the hospital to see him.

Producer Allu Aravind said that, “Sai Dharam Tej is currently safe and I have spoken to the doctors about his condition. There are no head or spinal injuries and his condition is stable. We will soon be able to talk to him once he is shifted out of the ICU. I will give a further update once I speak to him but I request everybody not to panic at this stage.”

A case has been filed against Sai Dharam Tej under section 336 of the Indian Penal Code and Motor Vehicle Act 184 for rash driving and negligence. Earlier, police suspected that the actor might have been driving under the influence of alcohol but later doctors made it clear that there were no traces of alcohol in his body. He was also wearing a helmet at the time of accident.