Jana Sena Chief Pawan Kalyan reached Delhi to meet the big heads of BJP to complain about the capital issue in AP. Before leaving for Delhi, Pawan has met the farmers of Amaravati region and assured them, saying the Capital will remain in Amaravati, and none can change it.

The AP BJP leaders are not that much confident as Pawan while addressing the media or public. Pawan believes the Central government can stop this capital shifting. He repeatedly said many times that CG will solve this issue. Technically, the Central government cannot interfere in State internal matters. It fully the wish of state government to place a capital at one particular place. AP BJP leaders know that Centre has nothing to do with this. As one of the party in the state, BJP  can protest against the Govt decision. Other than that, as a ruling party of the country, it cannot command the Jagan government to halt the capital shifting.

Pawan has met Union finance minister Nirmala Sitaraman and explained the conditions in the State. BJP and Jana Sena parties will hold a combined meeting in Delhi to discuss the further plan on this issue.

Pawan trusts the Central government and appeals them take over the issue. He is wasting his time meeting the BJP leaders expecting help from them. None can do anything on this issue, they can suggest, protest but cannot command.

Pawan has to understand this fact and act according to this. Pawan’s hatred on Jagan grows hugely for every minute. He has taken this as a prestige issue, and using all his strength to face Jagan. Jagan has all the power and authority, most importantly a stubborn nature. Once he takes any decision, he sticks to it and achieves at any cost.

Pawan may use all his strategies and succeed for now, but ultimately Jagan achieves what he intended to do. Maybe not today, but one day leaving no chance for the opposition.

Sakhinetipalle Female SI Decided To End Her Life Long Back! 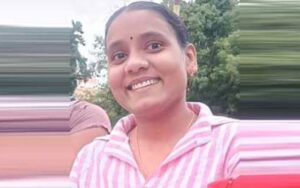 In a very tragic incident, a 25-year-old woman SI has allegedly committed suicide at Police Training College in Vizianagaram. The incident took place on Sunday and the deceased was identified as K Bhavani, who was posted in Sakhinetipalle police station in the East Godavari district.

According to Superintendent of Police (SP) Deepika M Patil, Bhavani completed her training and was supposed to report at Sakhinetipalli on Saturday. But, she stayed back as she wanted to visit Simhachalam temple in Vizag. The dead body was shifted to the Government Hospital for postmortem.

According to the PTC duty officer, Durga Prasad, a case was registered. Bhavani was the native of Salempalem at Koduru mandal in Krishna district. Bhavani in her first attempt in 2018 was  selected as an SI. She completed her training at the Razole police station and started working in Sakhinetipalli.

According to the reports, Bhavani took a drastic step to end her life as she was facing some personal problems. Police searched in her room so that they could find any clue. They found a book in her room at PTC in which she mentioned the date on which she is going to end her life. Police are investigating in all the angles to know the exact reason behind her death. 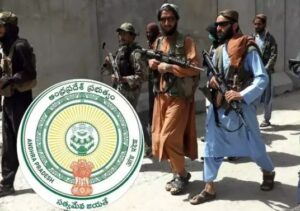 The Indian government is coordinating closely with the United States, which is currently controlling the airport in Kabul. The US is deciding the slots for all flights, for repatriating all Indian nationals who are still in the Afghanistan.
The situation of those who have gone to Afghanistan for employment and trade is worst. Citizens of Andhra Pradesh and Telangana were also stuck in Afghanistan. The Andhra Pradesh government has taken steps to repatriate Telugus from Afghanistan.

According to a news agency, “An Indian Air Force C-130J transport aircraft took off from Kabul with over 85 Indians. The aircraft landed in Tajikistan for refuelling. Indian government officials are helping in evacuation of Indian citizens on the ground in Kabul.”

After the capture of the capital Kabul by Taliban, the Indian Air Force operated two sorties of the C-17 Globemaster after getting clearance from the US forces at the airport there and brought back around 180 officials, ITBP staffers and a few journalists. 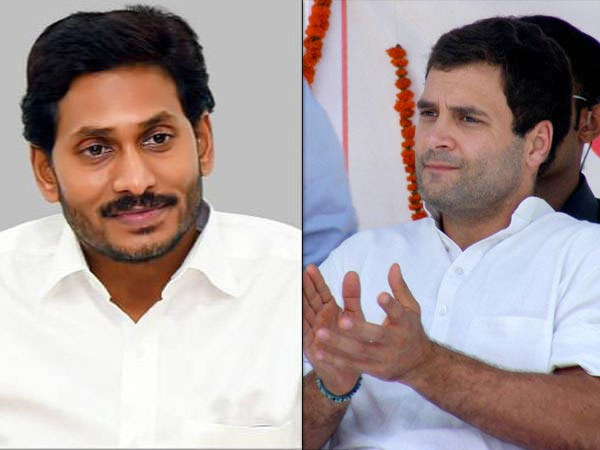 Congress leader Rahul Gandhi is very active now in the Indian Politics. Prime Minister Narendra Modi is facing trouble with the situation in the country and unable to answer the questions raised by the people. On the other hand, Rahul Gandhi is picking up with the support of Prashant Kishore. Prashant Kishore is roping all the possible allies to form UPA-3. He has also attempted to rope up YS Jaganmohan Reddy also, but Rahul Gandhi didn’t accept it, as per the sources.

YS Jaganmohan Reddy has come to power with the help of strategist Prashant Kishore. They are still in touch with regular updates. Even PK’s team members are in agreement with Sharmila in Telangana. With that intimacy, PK is trying to pull Jaganmohan Reddy to the UPA.

Mr.Jaganmohan Reddy is very cooperative with BJP. In Covid times and in other issues, he has supported Modi unconditionally, despite the discrimination shown by BJP towards Andhra Pradesh. Many opined that only because of CBI cases, Jagan’s approach towards BJP is like that.

Recently, In the Parliament YSRCP MPs are fighting with BJP for Special Category Status and Polavaram. They have participated in the protests of Visakha Steel Workers at Delhi. They are angry with the Central Government for not cooperating in sacking MP Raghurama Krishna Raju and in the proceedings of CBI Court based on the petition of MP seeking the cancellation of the bail of Jaganmohan Reddy.

Even though, the Political Circles are expecting that YS Jaganmohan Reddy will contest solely but supports BJP at the centre. On the other hand, Mr.Chandrababu Naidu is also eager to ally with BJP again. In this context, Mr.PK has made a proposal to have Jagan as an ally for Congress just like Mamata Benarjee and Shard Pawar. All these three are rebels of the Congress and founded new regional parties. But, Mr.Rahul Gandhi is reluctant at Jaganmohan Reddy saying that he is not trustworthy. He has opined that regarding all others, the party has done mistakes, but in the case of Jaganmohan Reddy, it’s the mistake of Jagan only.