You are here: Home / Entertainment / NTR Spends A Bomb For This Number! 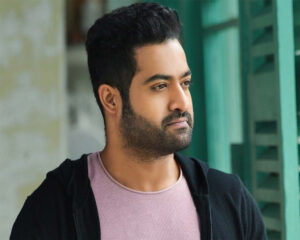 Young Tiger Jr NTR has bought a new Lamborghini Urus Graphite Capsule. Now, the news is that the RRR star has nearly spent Rs. 17 lakh on the registration of the vehicle and he has a sentiment that all his vehicles are number 9999. So, for his new car, he bought the number TS09 FS 9999.

On the professional front, Jr NTR will be seen in the movie, RRR, one of the biggest multistarrers that is soon going to hit the theatres. Helmed by Rajamouli, who is one of the directors who makes films with much perfection and goes according to the story. Tollywood ace director Rajamouli and top actors Jr NTR and Ram Charan are working on the film, RRR. The movie is being made on a huge budget and expectations are very high on the grand celluloid.

Fans of Ram Charan and Tarak are eagerly waiting for the release of the flick. Due to the coronavirus second wave, the shooting of the film has been stopped. Recently, the makers of the movie have resumed shooting. Alia Bhatt, Olivia Morris, Ajay Devgn, Shriya Saran and others will be seen in key roles in the flick. The movie is all about the revolutionary leaders, Alluri Seetharama Raju and Komaram Bheem. Tarak will be essaying the role of  Komaram Bheem whereas Charan will be seen as Alluri Seetharama Raju.