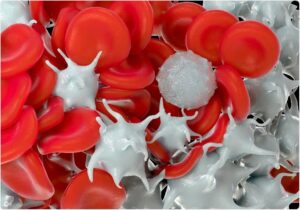 After the black fungus and yellow fungus are proved to infect the COVID recovered patients, here is another problem that might arise in the people who battled hard with the virus. Doctors found that the platelet count in the blood is decreasing in the people who are recovered from COVID-19. Coronavirus infection has been found to be the cause of this problem.

Doctors say that if the number of white blood cells in the blood decreases, many problems will occur. The transfusion of platelets won’t be possible if this problem arises in the body. Doctors at the Institute of Hematology and Transfusion Medicine in Kolkata have studied the problem of decreasing platelets in corona sufferers.

Decreased immunity is assumed to cause platelet count to drop in COVID patients. Platelets in the body were reduced in those who had previously had dengue, malaria, and other viral infections. This problem is also seen in people with genetic problems. This problem is most recently seen in platelets in Covid patients.

Doctors have found that this problem is due to the high use of steroids. Bleeding occurs even though there is no injury when the platelets in the body are too low. This new issue is causing serious concern to Covid victims.

Usually, no symptoms appear until the platelet count drops to ten thousand. If it falls less than that, bleeding will start from the inner layers of various organs of the body. According to World Health Organization guidelines, platelets should not be reduced to less than 10,000. It is said that platelets can be transfused only if their number falls less than ten thousand and there is internal bleeding.

Shocking: This village is COVID-proof 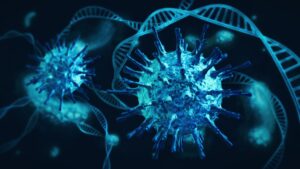 The number of coronavirus cases in India are increasing in the country. The government of India is taking all the measures to contain the spread of COVID-19. According to the reports, the national R value or the reproductive rate of the coronavirus is more than 1.0 mark. The national ‘R’ value crossed the 1.0-mark last month, according to data provided by the Health Ministry; in the last March it was 1.32, and that was before the second wave.

Punjab and Himachal Pradesh have an effective ‘R’ value of 1.3, whereas Uttar Pradesh and Andhra Pradesh have ‘R’ values of 1.1 and 1.0, respectively, according to the government. Daily cases from three states is “likely growing,” with Punjab’s trend “increasing.” Gujarat and Madhya Pradesh (both 1.1), as well as Goa and Nagaland, have high ‘R’ scores (both 1.0).

The government said that even if the number of coronavirus cases are low but if the R value is more than 1.0 then it should be a matter of worry.

The ‘R’ factor is a measure of how many people are being infected by one infected person. An ‘R’ value of 1 means one person will, on average, infect one other person.

The ‘R’ target in a pandemic is less than 1.0, which ensures that the virus will eventually stop spreading because it cannot infect enough individuals to sustain the outbreak. 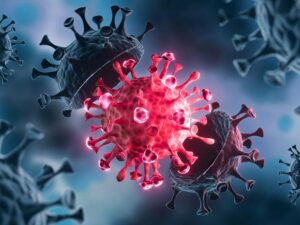 The US is one of the worst hit nations with COVID-19 and the country is hit hard by the Delta variant of the SARS-CoV-2. The number of coronavirus cases are increasing and the American city of Austin on Monday had only six beds in the Intensive Care Units (ICU) in its hospitals.

According to data released by the state health authority, the ICU bed crisis in Austin was sparked by a huge increase in Covid-19 cases caused by the Delta variety. Last year, the Delta variety was discovered for the first time in India. According to Bloomberg report, the situation in Austin is “serious,” with only 313 ventilators and six ICU beds available in the city of over 2.4 million people.

“The situation is critical,” Dr Desmar Walkes, Austin’s medical director of the state’s health authority, said according to the report. He further added that, “Our hospitals are severely stressed and there is little we can do to alleviate their burden with the surging cases. We are running out of time and our community must act now.”

Increase in COVID-19 cases is putting up an extraordinary pressure on hospitals, emergency departments and healthcare professionals, and it has further challenged hospital staffing due to a longstanding nursing shortage. On Sunday,a total of 6,594 people joined hospitals in Texas with Covid-19. Texas is the third worst hit state in the US.