You are here: Home / Entertainment / Manchu Vishnu Will Be Out Of MAA Elections On One Condition… 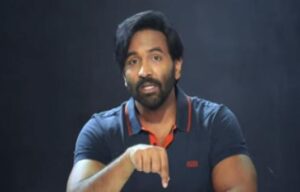 With each passing day, things are taking different turn when it comes to MAA Elections. We all know that many stars from Tollywood are in the race for the presidential post. Vishnu Manchu, son of Mohan Babu Manchu is contesting for the presidential post. The actor shared a video in which he spoke about different things. He said that when the film industry was in Mumbai, Nadigar association used to take care of Telugu, Tamil and Malayalam film industries. Telugu actors started Telugu Cine Artists Association and it was run by Telugu stars. After the Telugu film industry moving to Hyderabad, Akkineni Nageswara Rao, Prabhakaran, Murali Mohan, Mohan Babu, Chiranjeevi and many others have started Movie Artists Association in 1993. He said that his father would stand by the artists who are facing problems.

He further added that he would pay money for the construction of MAA building and it is not a big deal. He said that those who have MAA membership should work in the industry but many are acting in the movies. He said that every artist should be a member of MAA and it should have good relationship with all the film associations in the world. He further added that they would encourage producers and if there is no producer then there will not be any actor. He said that if president is elected unanimously by the heads of MAA then he would not contest in the MAA Presidential elections. If not elected unanimously, then he is ready to contest. Here is the video shared by Manchu Vishnu.