You are here: Home / Entertainment / Is This True About Love Story Movie? 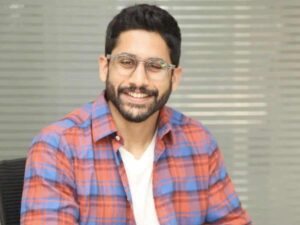 Tollywood young and promising actor, Naga Chaitanya is eagerly waiting for the release of the movie, Love Story. And now, the wait is over. The film is going to be out in the theatres on 24th September, 2021. Expectations are very high on the movie. Sekhar Kammula is the director of the film. Sai Pallavi will be seen as the female lead in the flick.

Today, in an interaction with media, Naga Chaitanya revealed some of the interesting things. To one of the questions whether there are two climaxes for the film or not. Naga Chaitanya said that it is not true and made it clear that they have shot some scenes in the climax as they want each and every shot to be perfect.

Pawan Ch is the music director of the movie while cinematography and editing are performed by Vijay C. Kumar and Marthand K. Venkatesh respectively. Devayani, Rao Ramesh, Posani Krishna Murali, Rajeev Kanakala will be seen in the key roles in the film. The release of the movie, Love Story has been postponed many times due to unavoidable circumstances.

Here is the trailer of the film, just give a look at it.

Coming to his professional commitments, Naga Chaitanya said that he is going to do a horror series for Amazon under the direction of Vikram Kumar along with Bangar Raju. He said that in the horror movie, the story of the film revolves around some super natural power. He said that ten days of shooting has left for the movie, Thank You and it would be completed soon. He said that he is also listening to other scripts.