You are here: Home / Politics / National / If Not BS Yediyurappa, Who Is New CM Of Karnataka? 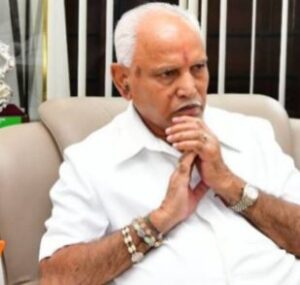 Yediyurappa said that, “There is an event on July 26 on completion of two years of our government here. After this, I will follow whatever (BJP president) JP Nadda will decide.”

He further added that, “You all know that two months ago I had said I would resign to make way for someone else. Whether I am in power or not, it is my duty to bring back the BJP to power. I urge party workers and seers to cooperate.”

He asserted that,”When the directions come, I’ll quit and work for the party. Let’s see what happens on the 25th. I will be Chief Minister for as long as you say. When you say no – I will work for the state. I am going to check roads and storm drains. I will do my duty till the last minute.”

According to the reports, Yediyurappa in his meeting with Prime Minister Narendra Modi, he had offered to quit citing his health.