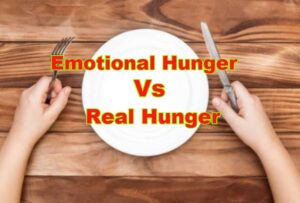 Most of the people often get confused with emotional hunger and the real hunger. Experts say that most of the folks mistake thirst for hunger. Some eat more food when they are in stress and some eat more food during their periods. On the other hand, some don’t feel like eating when they are worried. Every time, we feel hungry, it doesn’t actually mean we are hungry. So, it is important to know the difference between ‘Emotional Hunger’ and ‘Real Hunger’.

Celebrity Nutritionist Pooja Makhija shared a video on her Instgram with a caption, “These are testing times and many are eating just to keep emotions from boiling over. But eating without the body’s need for it is only adding to our troubles.”

She shared an easy hack to distinguish between ‘Emotional Hunger’ and ‘Actual Hunger’. She said to take a snack of  choice in a bowl, and go to a table. Next, one should keep all the distractions such as smartphones away and start eating the snack. If you enjoy eating the snack without distractions, then this means that you are actually hungry and need the food. If eating without distractions annoys you, then this means that you were only emotional. So, my dear readers from next time, when you feel hungry, go for this hack and let us know how it worked.

Will Covid Vaccine Affect Your Period? 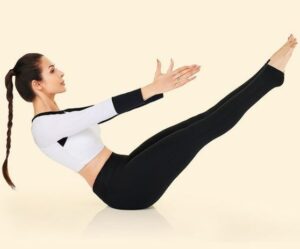 Bollywood beauty Malaika Arora shares some of the interesting posts on her Instagram. Every Monday, she shares a yoga pose and explains the process of doing it and the benefits of the pose. Today, she shared a post in which one could see her in Boat Pose (Naukasana).

Know How to do it:

1) Start by sitting on the mat, knees to be bent and feet flat on the floor.
2) Lift your feet and let your knees stay bent for now.
3) While your upper body will naturally fall back, try to keep your back straight.
4) Straighten your legs to a 45 degree angle. Your upper body should be as straight as possible, forming a V shape with the legs.
5) Straighten your arms, such that they are parallel to the floor.
6) Try to balance on the sit bones as much as you can.
7) Stay for a minimum of 5 breaths.
8) Release your legs while exhaling and then sit up.

Here are the benefits of doing Naukasana (Boat Pose):

Naukasana helps to strengthen your abdominal and core muscles. It also helps with improving self-confidence, building willpower and self-control. 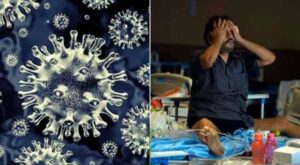 When the COVID-19 is on the rise all over the country, another deadly disease either associated with the coronavirus, black fungus is sending shivers in the people’s spines. The number of people who are getting infected with the black fungus is growing day by day.

The number of people infected with black fungus in the country has crossed 7 thousand. Till now, 219 people died of mucormycosis. As usual, Maharashtra has become the center for the origin of this fungal infection which is very lethal and its treatment is very expensive as well. The situation in Gujarat is almost the same as in Maharashtra.

With the increase in black fungus cases, the states of Telangana, Tamil Nadu, Karnataka, Rajasthan, Haryana, and Odisha have identified the black fungus as a concern and recognized it under the Infectious Diseases Act.

The government initially allowed ENT Hospital to treat only 50 beds. Under the current circumstances, a total of 202 beds are ready to be used for black fungus patients. About 90 people are being treated at the ENT hospital who are infected with mucormycosis. 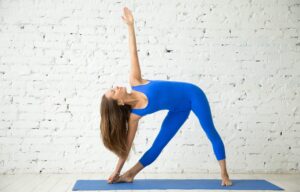 Mother is one of the persons who work hard for her family. She never takes an off. No matter how hard the situation is, she has that power to deal with it.

Bollywood diva, Malaika Arora took to her Instagram and shared three poses for all the moms; doing these asanas help them feel relaxed and calm.

Here are the three poses that would help mothers deal with all the circumstances.

VRIKSHASANA: This is also called as Tree Pose, a balancing asana. It is one of the popular asana in modern yoga. It helps to improve posture and promotes balance, both physical and emotional.

TRIKONASANA: It is also known as Triangle Pose and doing this asana helps to fight the hunch, especially for the breastfeeding moms.

UTKATASANA: It is a standing asana in modern yoga and called as Chair Pose. Doing this asana develops strength in the whole body, especially back muscles while relieving stiffness in the shoulders.

So, dear readers, do these asanas without miss and become strong and healthy.