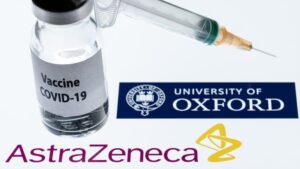 According to a research in the UK, the AstraZeneca Covid-19 vaccine produces a better immune response with a longer dose gap of up to 45 weeks. The third shot can enhance antibody levels even more. The study shows that the level of antibodies will be high at least one year after a single dose of Covishield in India where the gap between the two doses has been set at 12 to 16 weeks.

An extended gap of up to 45 weeks, or nearly 11 months, between the first and second doses of the AstraZeneca vaccine resulted in an 18-fold increase in antibody response measured 28 days after the second dosage, according to the study’s authors.

Volunteers aged 18 to 55 years old who were enrolled in the studies and had already received either a single dose or two doses of AstraZeneca vaccine were included in the study, which was published on The Lancet’s pre-print website on Monday.

Professor Andrew J Pollard, chief investigator and director of the Oxford Vaccine Group at the University of Oxford said that, “This should come as reassuring news to countries with lower supplies of the vaccine, who may be concerned about delays in providing second doses to their populations. There is an excellent response to a second dose, even after a 10-month delay from the first.”

According to the study, “The third dose also resulted in higher neutralising activity against the Alpha, Beta, and Delta variants.”