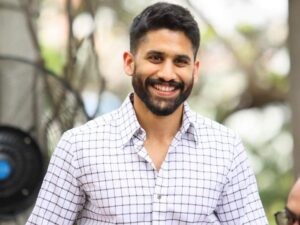 To another question, how does Chay’s name useful for high TRPs? Naga Chaitanya said that today, news replaces news and said that during his grand father’s time, magazines used to come every one week or one month but today, it is completely different. He said that today’s news won’t stay for too long and the news that is used to create TRPs is forgotten. He said that once he came to know about this, he started ignoring the news that are affecting him.