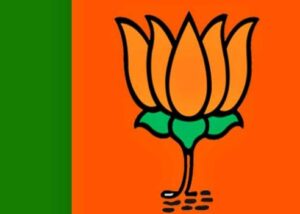 Uttar Pradesh Chief Minister Yogi Adityanath said that the Bharatiya Janata Party is surely going to win the 2022 UP Assembly elections. He expressed confidence that BJP is going to create a new record by breaking its own record of 2017.

While speaking at Panchayat Aaj Tak, Adityanath said that, “You (media) may think the 2022 assembly polls are the litmus test for the BJP, but our government faces tests every day. I am confident we will return to power and break our own record set in 2017.”

In 2017 UP Assembly polls, BJP won 312 seats in the 403-member assembly. He further added that his government is helping the people and  has been able to provide benefits to people from all sections. He added that 2019 Lok Sabha elections were tough – “Political pundits and everyone else were talking about a grand alliance formed by the Opposition in Uttar Pradesh. But when the results were declared, it was for all to see.”

He said that BJP will win with the blessings of the people of UP and the result of 2022 Assembly elections is the overall performance of BJP from 2014,2017 and 2019.