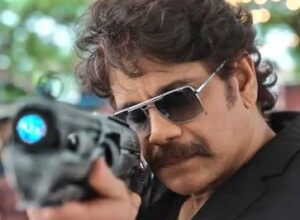 Bigg Boss Telugu Season 5 is in the third week. Till now, we have seen two contestants stepping out of the house. Sarayu was the first contestant to get evicted where as Uma Devi was eliminated in the Sunday’s episode. Now, in the third week, who are going to be nominated and at the end of the week, who is going to be eliminated is the question, right! Yes… It is quite common in the house of Bigg Boss where in one contestant will be eliminated every week and finally five contestants will be left in the finals. Out of five, one will emerge out as the winner of the show.

Now, the news is about who has been nominated in the third week. Here is the list – Priyanka Singh, Sreerama Chandra, Lahari, Artist Priya and Maanas. Sreerama Chandra and Maanas were the captains in the last week and we have seen them fighting with each other. Now, it looks like Artist Priya is likely to be evicted. However, this is just a prediction. We never know what happens in the Bigg Boss house. Let us wait for the weekend episode. The makers of the show are trying to come up with some creative content.