You are here: Home / Entertainment / BIG SURPRISE for Nandamuri fans from Balakrishna 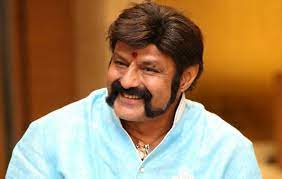 Nandamuri Balakrishna launched his own production house named NBK Films a few years back. He bankrolled NTR’s biopic under this banner. But both NTR: Kathanayakudu and NTR: Mahanayakudu turned out to be disasters.

Initially, Balayya wanted to bankroll Akhanda as well. But the failure of NTR’s biopic forced him to back out from producing Akhanda. But now, it has been revealed that there will be a new update from NBK Films tomorrow. This news is now exciting for all the Nandamuri fans.

After Akhanda, Balakrishna will do a film with Gopichand Malineni. He is also in talks with Puri Jagannath and Anil Ravipudi. Since the beginning, it is being reported that Gopichand’s film will be produced by Mythri Movie Makers. So what can be the next production venture of NBK Films? It can be Anil Ravipudi’s project or Puri Jagannath’s project. Or else, Balayya may also co-produce Gopichand’s film. We have to wait for a day to get official information about this news.

As of now, Balakrishna is busy with the works of Akhanda. Directed by Boyapati Srinu, this film is in the final stages of its shoot. It was supposed to hit the screens on May 28th but the second wave of COVID-19 forced makers to postpone the release. The new release date will be announced once the situation settles down. Pragya Jaiswal is playing the female lead in it.