You are here: Home / Entertainment / Adivi Sesh Admitted To Hospital! 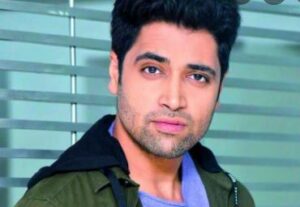 Tollywood actor Adivi Sesh was admitted to the hospital. According to the reports, he got the fever and his blood platelet count dropped. He has been admitted to the hospital on 18th September. He is under high proficient medical team and his condition is closely monitored. We wish a speedy recovery. Fans are worried about the health of Adivi Sesh and wishing him a speedy recovery. It is said that he has been infected with Dengue fever.

On the professional front, Adivi Sesh is busy with Major, an action film directed by Sashi Kiran Tikka and bankrolled by Sony Pictures, G. Mahesh Babu Entertainment, and A+S Movies. Major, shot simultaneously in Telugu and Hindi and later dubbed into Malayalam. The story of the movie is based on the life of the 2008 Mumbai attacks martyr Major Sandeep Unnikrishnan. Adivi Sesh portrays Major Sandeep Unnikrishnan’s role. The release date of the movie has been postponed.

On the other hand, he will also be seen in HIT 2: The Second Case. Adivi Sesh is one of the most talented stars in the Telugu film industry who never steps back to do something out of the box content.