You are here: Home / Politics / National / 2-DG drug to fight Delta plus variant? 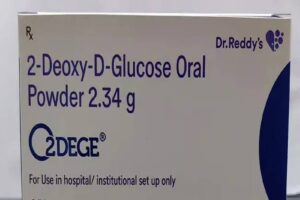 During the peak of the second wave, the news about the 2-DG (2-Deoxy-d-glucose) drug went viral. This adjuvant therapy proved to be effective against the COVID victims who find it tough to survive on oxygen support. Now the Delta plus variant being the major concern in the subcontinent, once again people rested their hopes on this drug.

It is known that the formula they have developed is owned by Dr. Reddy’s, a leading pharma company is ready to distribute this drug. The powder was recently launched in the open market for the first time. In the first phase, it will be released to major cities in the country and will be phased out to the rest of the country, Dr. Reddy’s said.

This drug has been granted emergency approval in our country. It is licensed by the Drug Administration of India. Experimentally some packets were distributed free in some places and tested experimentally. It was brought to the open market for war on the corona as it was proved efficient.

As the government experts claimed that the Delta variant has more affinity on lungs, this 2DG is going to play a vital role in the COVID treatment among the patient who was infected with the COVID plus Delta variant. The packet price of 2dg powder that came into the open market was recently determined. According to the company, the price has been decided at Rs 990 per packet.

It will be provided at a discount to government hospitals. It is clear that the drug should be used only under the supervision of a physician. The Reddy’s Lab reveals that those with mild to moderate Covid symptoms can get out of risk quickly. This powder is produced with 99.5 percent purity.

Not to mention that in the wake of the Third Wave upheaval along with the Delta Plus variant emergence, this 2DG is the hope of the physicians to provide effective treatment.